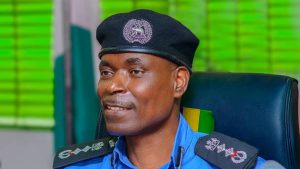 The Inspector-General of Police, Adamu Mohammed, has claimed that youths who participated in the #EndSARS protest in October 2020, want to join the Nigeria Police Force.

Naija News reports that the IGP made the claim while speaking on Channels Television’s Newsnight on Monday.

According to IGP Adamu, the youths that joined the protest offered to join because “the service the police provide is a service of God”.

He said, “The youths who participated in the #EndSARS and the rest of them, many of them want to join the police.

“Many of them will come and say, ‘Please, we want to join the police,’ because the service the police provide is a service of God.”

The Police IG however lamented that operatives of the force lacked the required logistics to effective deal with the nation’s security challenges.

“It is only in Nigeria that you have police officers that don’t have the required logistics that they need to operate, they struggle and make the society peaceful.

“When you take them out of the country to an international environment where those logistics that are required for you to do policing job are there, you will see them performing wonderfully well. That is why Nigerian police officers are claimed to be the best in the world.”