Unlike Trump, Biden Will Back Okonjo-Iweala’s WTO Candidacy – Utomi 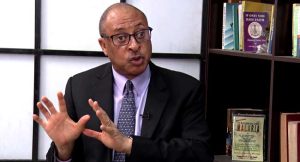 Political Economist and former Presidential candidate, Prof Pat Utomi, has claimed that US President-elect Joe Biden won’t oppose the candidacy of Dr Ngozi Okonjo-Iweala in the race for the director-general of the World Trade Organisation.

Speaking to The Punch in an interview, Utomi pointed out that the incoming Biden administration has demonstrated multilateralism and as such would promote inclusion.

He said: “The US under a Biden presidency will be more multilateralist than unilateralist. The attitude to WTO will be slightly different. I don’t see the Biden administration objecting to Ngozi Okonjo-Iweala’s leadership of the organisation.”

Utomi noted that former US President Barack Obama and his then then-deputy, Biden, backed a regime change in Nigeria in 2015 but the change has not done Nigeria any good.

“Obama was an extreme activist in seeking regime change in Nigeria because of the vast corruption and many of us supported the move but we later found out that the corruption did not change; Nigeria is more corrupt today than it was in the past,” he said.

“So, Biden will go back to a more liberal engagement with Nigeria but he is not going to be supportive of the incumbent (Buhari) the way Obama was because they can see that the incumbent fails to bring Nigeria together or move it forward, because they have now realised that Nigeria has become a more dangerous place to live.”

Naija News reports that the Joe Biden/Kamala Harris administration will be sworn in on Wednesday, January 20, 2021, taking over from embattled Donald Trump.