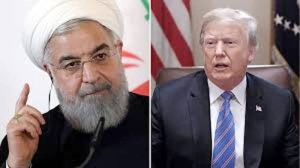 Following calls for an attack on former US President Donald Trump, Twitter has suspended the account of Iran’s Supreme Leader Ali Khamenei.

The tweet by the Iran Supreme Leader vowed that “vengeance is inevitable”, near a photograph of a man resembling Trump swinging a club on a golf course in the shadow of a warplane – or a drone.

Translated, it reads: “Soleimani’s murderer and he who ordered it will have to pay. Know that they must take revenge any time possible.”

Recall that Soleimani, the head of the Islamic Revolutionary Guard Corps’ elite Quds Force died on January 3, 2020, as a result of a US airstrike ordered by Trump.

The strike also killed Abu Mahdi al-Muhandis, the deputy commander of the Iran-backed militia, Popular Mobilization Forces, which recently stormed the US embassy in Baghdad.

Iranian President Rouhani had during a visit to the family of the late military commander promised to get justice for Soleimani.

“Tehran will avenge his murder in due course and at the same time take legal action against Trump and the Pentagon,” Rouhani said.

Iran had also filed for a ‘red notice’ to International Police (INTERPOL) for an international arrest warrant for Trump over the murder of Soleimani.

Speaking in a television broadcast, Iran’s justice spokesman Gholam Ismaili, said the country has filed a red notice against Trump, US commanders, and Pentagon representatives as well as US troops in the region.

According to NAN, Ismaili also said there is constructive cooperation with its neighbouring country, Iraq, on the issue.