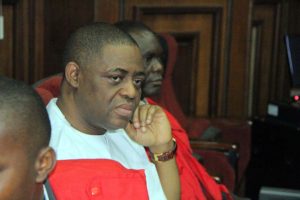 Naija News reports that the former minister stated this while reacting to a statement from Shehu Sani.

Sani, a former lawmaker representing Kaduna Central in the Senate, had asked the federal government to invite Sunday Igboho to fight Boko Haram from Sambisa.

“Invite Sunday to help drive away BH from Sambisa.” he had written.

But reacting to the former lawmaker in a post on Twitter, Fani-Kayode Sunday Igbho was too busy delivering the South-West from criminals.

He suggested that Miyetti Allah and herdsmen should be invited to fight Boko Haram.

Fani-Kayode wrote: “Sorry my brother but I am sure he is far too busy cleansing & delivering the forests of the SW from bloodthirsty terrorists & murderous criminals.

“May I suggest that you send Miyetti Allah, MACABAN & all the Fulani herdsmen to Sambisa to help drive out BH instead?”

Surprisingly on Tuesday, Igboho stormed Abeokuta in Ogun State, and one person was reportedly killed in the violence that ensued.