Tottenham have been linked with the Real Madrid defender Eder Militao in the recent weeks and Spanish publication Sport are claiming that Jose Mourinho wants to sign the defender this month.

The report claims that the Tottenham manager has urged the club to sign the Brazilian on loan until the end of this season.

Apparently, Eder Militao is also open to a Premier League move if Real Madrid cannot provide him with the opportunity of regular first-team football. 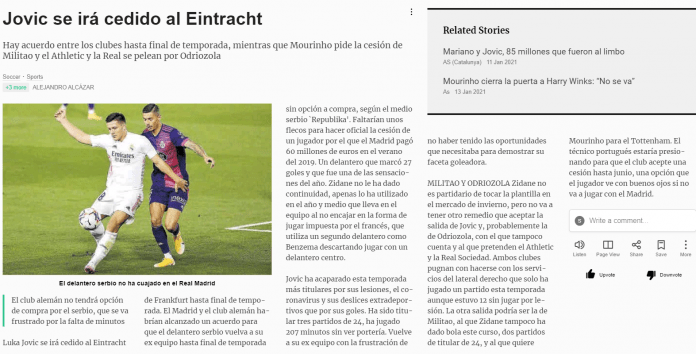 The 22-year-old has started just two matches for Real Madrid this season in all competitions.

He needs to play regularly in order to continue his development and fulfil his potential. Militao was regarded as one of the best young defenders in the world when he was at Porto and his talent convinced Real Madrid to pay around €50 million for him.

It is evident that he is not a first-choice defender for Real Madrid manager Zinedine Zidane and therefore a loan move during the second half of the season would be the ideal option for him.

A move to Tottenham could allow him to play first-team football and working with a world-class manager like Jose Mourinho could help his development.

It will be interesting to see what Real Madrid decide in the coming weeks now.

Tottenham have already signed Gareth Bale from Real Madrid on a loan deal this season and it remains to be seen if they can bring in a second signing from the Spanish side this month.