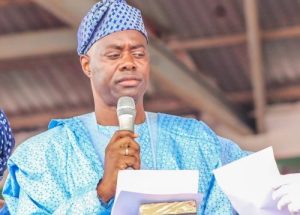 Naija News understands that the development was made public on Tuesday, February 2 by the Chairman, Oyo State Teaching Service Commission, Pastor Akinade Alamu.

Conversing with reporters in Ibadan, the state capital earlier, Alamu said the new teachers are to resume their duty posts immediately. the TSC chairman revealed that the distribution of the letters of appointment to successful candidates started on Monday, February 1.

“Their appointment was a sequel to a long period of scrutiny and verification during which errors that might have crept in during and after the examination and oral test for the exercise had been corrected,” PUNCH quoted Alamu saying.

The state government approved the release of 5,000 appointment letters for distribution of which a total of 4,400 letters had been released by TESCOM while the remaining letters were withheld due to errors on the part of the applicants,” he revealed.

According to him, the errors include misspelt names as well as invalid email addresses among others. Alamu, however, assured those who had yet to receive their appointment letters that they would be ready for collection immediately after the errors have been corrected by the applicants.

Naija News understands that the Oyo government sent the letters to the centralised centres in the 33 local government areas of the state for collection in order to avoid overcrowding and in compliance with the COVID-19 protocols. Again, Alamu charged the successful candidates to resume duties immediately considering the fact that the academic session has commenced.

He said: “While congratulating the successful applicants, we want to appeal to those who are yet to get their letters to exercise patience.

“We discovered that 600 among the letters have errors that need to be rectified. That is already being sorted and corrected as we speak and will be distributed as well.”

On her part, the Permanent Secretary, TESCOM, Mrs Olabisi Oderinde, congratulated the selected candidates on their appointment, urged them to show high sense of diligence, “As this will be the way to bring the governor’s passion for education to reality.”

Meanwhile, the Presidential Task Force on COVID-19, on Monday, noted that it won’t hesitate to shut down schools across the country if COVID-19 cases increase.

The warning was issued by the PTF National Incident Manager, Mukhtar Muhammed, in a video posted on Twitter by the PTF on Monday, Naija News reports.