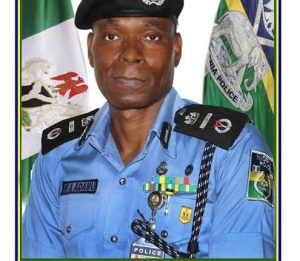 The IGP in a statement on Monday through the Force Public Relations Officer, CP Frank Mba disclosed that the alleged plan to sell off the property as reported in some sections of the media is totally false, urging members of the public to disregard the rumours.

The statement explained that rather than selling the mess, the property is currently under renovation and rehabilitation after it was observed to have shown some structural defects.

The IGP while further reacting to the alleged plans to sell off the property noted that when the renovation is complete, the Onikan mess would have been turned around to become a world-class facility not only fit for the use of Police officers but also capable of strengthening the civic relationship between the force and members of the public.

The full statement reads: “The attention of the Nigeria Police Force has been drawn to a publication in some sections of the media dated 17th January, 2021 alleging plots by the Inspector-General of Police to sell-off the Nigeria Police Officers’ Mess located at Onikan, Lagos. The story is totally false!”

“The Nigeria Police Officers’ Mess, Onikan, conceived decades ago, was built to cater for the welfare of Police Officers, provide transit accommodation for Officers on transfer or on special assignments and provide a conducive social environment suitable for their relaxation. Over time, however, the property has degenerated and shown structural defects requiring a massive renovation or outright rebuilding.”

“In a bid to restore its lost glory, provide a modern and befitting Officers’ Mess and tackle the defects of the old structure, the Police Management Team took a decision to upgrade the existing Officers’ Mess to a world-class edifice.”

“Upon completion, the project which is wholly owned and financed by the Police would provide one of the most aesthetically satisfying facilities on the Onikan waterfront and serve to improve social interaction between members of the Police Force and the general public.”

“It would have been unnecessary to respond to the deliberate misinformation, falsehood and outright mischief by the authors of the publications but this response is necessitated by the need to set the records straight and halt the intended damage to a well-thought-out project and another orchestrated plan to wrongfully attack the office of the Inspector-General of Police.”

“The IGP, therefore, enjoins well-meaning Nigerians to disregard the misinformation while members of the press should beware of rumour-mongering and the activities of those who aim to disparage and discredit well-thought-out projects.”

Meanwhile, the Miyetti Allah Cattle Breeders Association of Nigeria has reacted to the directive by the Ondo State Governor, Rotimi Akeredolu, to vacate the forest reserves within a period of seven days starting from Monday, 18th January.

The association noted that its agreement with the state government is to stop night grazing and use of underage boys to graze cattle and not to vacate forest reserves in the state.

The National Secretary of Miyetti Allah, Baba Usman, revealed this during an interview with SaharaReporters on Monday.

Usman in his statement said the meeting the cattle breeders had with the state government did not include the vacation of forest reserves in the state.