Herdsmen: Why We Invited Sunday Igboho To Ogun – Dapo Abiodun 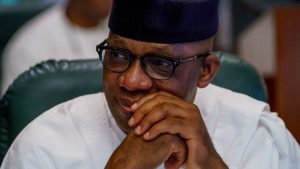 Governor Dapo Abiodun of Ogun State has clarified the invitation of a Yoruba activist, Sunday Adeyemo, popularly known as Sunday Igboho, to the state today, Monday.

Speaking to Peoples Gazette on Sunday, Dapo Abiodun’s spokesperson, Remi Hazzan, stated that Igboho was not invited to chase any ethnic group away from Ogun state.

He said that the government’s welcome extended to Igboho was to make sure that any form of uprising or riot was nipped in the bud.

Hazzan said: “We as a government did not invite Sunday Igboho to tackle security issues in the state, Igboho made it clear to all media outlets that he would be visiting Ogun state and our decision to offer him consultation is to nip any form of crisis in the bud. Nobody is welcomed for confrontation in Ogun state.”

Speaking further, Abiodun’s aide stated that the invitation to Igboho is not in any way exclusive to him.

He added that the state is willing to consult with anyone who would help get security better than it is.

“Any stakeholder who intends to consult with us as a state to get security a lot better than it is presently is welcomed, not just Sunday Igboho,” he added.

Naija News reports that Igboho, who gained much national prominence after he issued a seven-day quit notice to herdsmen accused of criminal activities including kidnapping, banditry, and others in the Ibarapa area of Oyo, declared recently that his next stop will be in Ogun State as well as some other southwest states where similar things are reported.

It will be recalled that Sunday Igboho, had warned criminal herdsmen in Ogun State to leave immediately, revealing in a viral video that the South West state will be his next destination to flush out criminal herdsmen kidnapping and killing innocent Nigerians.