Frank Lampard and Chelsea were supposed to be a match remade in heaven, yet, just 570 days after the Blues were reunited with their all-time top scorer, he has been sacked.

Chelsea, after spending north of £200 million in the summer, are languishing all the way down in ninth place in the Premier League table. In this crazy season when even Liverpool and Manchester City have stuttered, Chelsea have completely fallen to the ground.

However, Lampard’s tenure as Chelsea manager cannot be considered an utter failure. He led a youthful, transfer-less side to the Champions League spots last season, while also signing some insanely talented players once the transfer ban was lifted.

His biggest failure undoubtedly is the fact that he couldn’t get the most out of the talent that he helped bring to the club, but does that justify a sacking, especially after such a short time period in such a crazy world? Perhaps not, but this is the Chelsea way.

To fully understand Lampard’s predicament and legacy at Chelsea, we will need to take a look back at his tenure:

The return of the prodigal son

After being released by Chelsea in 2014, Lampard featured for Manchester City and voyaged to the Americas to represent New York City as his outstanding playing career drew to a close. He left as an obvious Blues legend, having pretty much won it all with the club as a player.

The last year-and-a-half has been an important time at Chelsea. They failed to keep step with the duopoly of Liverpool and City, with their transfer ban coupled with the departure of Eden Hazard making it increasingly difficult for them to even think of getting close to those two sides. In the midst of that, Lampard, the legendary footballer Lampard, returned and lifted the club to heights that very few expected given the circumstances.

Although his first few competitive matches as head coach of Chelsea were disappointments as his side lost by four goals to Manchester United in the Premier League, fell short on penalties against Liverpool in the UEFA Super Cup and were in the bottom half of the Premier League after matchday 6, Lampard quickly turned things around as he took the Blues into the top-four before matchday 10, cementing their position during a run of six consecutive domestic victories.

Elsewhere, Chelsea suffered another disappointment against United as they were knocked out of the FA Cup, but they were doing well in the Champions League as they won two of their first three matches and looked set to advance. Two subsequent draws made things a bit shaky, but they pulled through in the end.

The last two months of 2019 were a bit rough for Lampard’s men in the Premier League, as they succumbed to disappointing losses against West Ham United, Everton, Bournemouth and Southampton, but derby wins against Tottenham Hotspur and Arsenal amidst that kept them in the top four.

They only lost two domestic matches until the Coronavirus-enforced lockdown thereafter (with the wins including a triumph over Liverpool in the FA Cup), but the disappointment this time was a 0-3 home loss against Bayern Munich in the Champions League round of 16.

Chelsea suffered only three losses after Project Restart as they held on to fourth spot in the Premier League, briefly even going up to third, but a Manchester United resurgence deprived them of a podium finish. Lampard’s side beat Leicester City, and, on their fourth attempt, Manchester United to book a spot in the FA Cup final, but ended up losing that to Arsenal. Naturally, they were eliminated from the Champions League soon thereafter, with their trip to Germany turning out to be a formality.

Despite the lack of trophies, Lampard’s first season as Chelsea manager was anything but a failure. A top-four finish and an FA Cup was good enough on its own, but the fact that he helped the Pensioners get over the loss of Eden Hazard so quickly while developing talented youngsters – many of whom came up the academy ranks – into first-teamers certainly deserves a lot of credit.

Lampard’s only permanent transfer of 2019, Mateo Kovačić, won the Player of the Season award, while Tammy Abraham finished the season as top scorer. Christian Pulisic was third in that list, while Mason Mount and Ross Barkley also featured in the top 10. Pulisic, Callum Hudson-Odoi, Barkley, Mount and Abraham were among the top-providers too, while Reece James, Fikayo Tomori and Ruben Loftus-Cheek were among the other young talent that was developed by Lampard.

The delayed 2020 summer transfer window was an exciting time for Chelsea, as their transfer ban was lifted. Deals for Hakim Ziyech and later Timo Werner were already finalised before the transfer window opened, while Ben Chilwell, Thiago Silva, and most expensively, Kai Havertz joined soon thereafter. Édouard Mendy was Lampard’s last first-team signing, with the hope being that he would do better than Kepa Arrizabalaga. 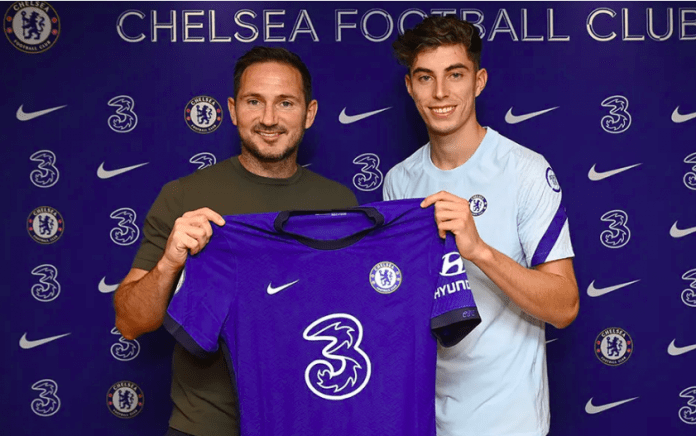 With many of their new signings unfit, Chelsea got off to a slow start in 2020/21 as they won just one of their first three Premier League matches, but things soon started coming together when all of Lampard’s new boys joined the squad as the Blues put together a nine-match unbeaten run in the league to establish some sort of a title challenge.

The Carabao Cup elimination at the hands of Tottenham must have been bitter, but their Champions League run which saw them advance with an unbeaten record has to be more than just consolation. With all of that, things were going very swimmingly for Lampard on December 8 – his side were two points off the summit of the Premier League and had booked a UEFA Champions League Round of 16 berth. Unfortunately, this was when the water started rising.

Since the 3-1 win over Leeds United in early December, Chelsea have only taken three points from only two of eight matches, losing five of those. It certainly feels a bit odd to see a manager depart following a victory, but it was only Luton Town at the end of the day.

While Chelsea’s slump closer to the lower reaches of the Premier League table is, of course, a big contributing factor in Lampard’s sacking, he might have gotten away with this last season. The difference this time around was the £200m spent in the summer which has not been rewarded, with the likes of Havertz and Werner proving to be particularly bad investments in the short term.

Lampard has used 25 different players in the Premier League this season, and after all of that, his most trusted men are the youngsters from last season like Mount and James. The aforementioned German duo has been particularly troublesome – Werner has been deployed across the front three (most commonly on the left, puzzlingly), and he only has one goal from his last 16 games, underperforming his xG in the Premier League by 6.8 and netting only once after accumulating an xG of 4.5 since mid-November.

Havertz too has been equally confusing. He has been used in four different positions already, returning with just three goal involvements in 16 Premier League matches. For the record signing of 2020, that is just not good enough.

Chelsea, particularly in the Abramovich-era, are notorious for pulling the trigger on their managers as quickly as they can. José Mourinho, a man who gave the Blues three Premier League titles, experienced this twice, and his favourite student has suffered the same fate.

The tactician (if you can call him that) is none of that. He didn’t win a single trophy in the last year and a half, but he has perhaps laid the most important foundation for Chelsea to achieve greater things in the future with his youth development. Towards the end, he was even a bit irritable, as Liam Twoney found out. If Lampard the manager was to be compared to any of Chelsea’ European conquerors, he would probably be John Obi Mikel – vital to the storyline, but easily lost in the swarm of big names surrounding him.

While many are lamenting this premature sacking and claiming that there will never be a Sir Alex Ferguson again (which there won’t) because of these trigger-happy clubs, Lampard’s sacking could easily be justified. If you spend £200m and do not get instant rewards, you simply cannot justify that with talks of building a base for the future.

In truth, Lampard’s managerial career so far has been a nearly-but-not-quite story. He nearly got Derby County promoted in 2018, but failed at the pivotal moment. He nearly guided Chelsea to a trophy last season, but fell short in the final. This season, he nearly got the Pensioners clicking around October, but quickly lost control.

While it is difficult for Chelsea fans to see a club legend depart thus, this is a necessary decision. There is no refuting that Lampard’s groundwork may prove pivotal to Chelsea’s future successes, but his departure might well prove to be equally important.