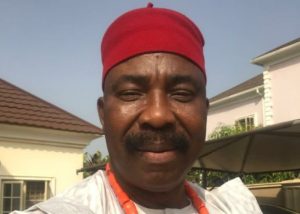 The Nigerian Government has condemned the killing of a Nigerian based in Atlanta, Georgia, United States, Prince Dennis Abuda.

Naija News learned that Abuda alongside his family members left Fugar in Etsako Central Local Government Area in the early hours of Saturday while travelling to Lagos to catch a flight back to the U.S. when they were ambushed by the gunmen.

Abuda, whose body was discovered on Wednesday during a search operation led by the Edo State Commissioner of Police, Philip Ogbadu, was allegedly shot by his abductors after he slumped while being forced into the forest.

The police boss revealed that Abuda’s kidnapped relatives were lucky to be released on Tuesday by their abductors.

But a statement on Thursday by the Chief Executive Officer, Nigerians in Diaspora Commission (NIDCOM), Abike Dabiri-Erewa, has described the killing of Abuda as wicked and unfortunate.

According to the statement signed by the Head of Media, Abdur-Rahman Balogun, the NIDCOM boss asked the security operatives in Edo State to go after the perpetrators of the heinous crime and bring to justice to serve as a deterrent to others.

She also condoled with the family of the deceased, praying to God to rest the soul of the departed and expose his killers as soon as possible.