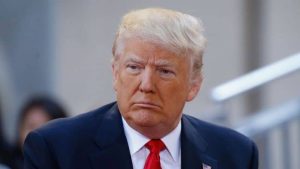 The impeachment trial team of Donald Trump, former president of the United States has been weakened as lawyers withdraw.

Sources with a good understanding of the situation revealed that five lawyers withdraw from the Republican’s team, just a few days to his trial.

Naija News understands that the five lawyers opted out of the team over a disagreement with his legal strategy. Reports had it that Trump had wanted the lawyers to uphold the claims of mass election fraud rather than focus on the legality of convicting a president after he has left office.

CNN reports that the former US president was “not receptive” to the discussion. It could be recalled that Trump’s trial on charges of “incitement of insurrection” was earlier scheduled for February 9. However, while the day draws near, Butch Bowers and Deborah Barbier who are part of the former US leader’s defence team parted way.

“We have done much work, but have not made a final decision on our legal team, which will be made shortly,” Trump advisor, Jason Miller told newsmen.

Naija News understands that Trump’s ‘big fall’ started following the ransacking of the US Capitol a couple of weeks ago. The development saw the US leader to a historic second impeachment trial.

Meanwhile, nearly all senators from his party have signalled opposition to his trial and fueled efforts to censure him instead.

In a notice titled, ‘Dubai Travel Protocol Update –Travel From Nigeria’, the airport restricted Nigerian passengers from transiting through other airports.