Home News Bala Bantex Speaks On Bond With Gov. El-Rufai After 2 Years Out Of Office

Bala Bantex Speaks On Bond With Gov. El-Rufai After 2 Years Out Of Office 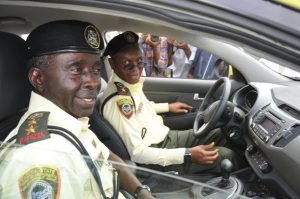 Conversing with newsmen in Kaduna recently, Bantex who was a deputy to El-Rufai between 2015 to 2019, said he still enjoys a good relationship with the governor.

Naija News understands that Bantex had lowered his public engagements after his resignation as deputy Governor in 2019 to contest the Southern Kaduna Senatorial seat a position he lost to the incumbent Senator of the Peoples Democratic Party, PDP.

However, speaking on his bond with El-Rufai after withdrawing from being his deputy, Bantex said: “I still meet with my former boss frequently, who makes sure that l am kicking fine.”

He said that he still enjoyed lots of goodwill and respect from governor Nasir El-Rufai.

“It is not possible to be a Deputy Governor to the State Governor, Nasir El-Rufa’i, and be finished,” Bantex reassured.

Speaking on the series of engagements by the APC in the state, Arch. Bantex, who was at the Southern Kaduna All Progressives Congress, APC, stakeholders’ engagement committee meeting, said, “for some of you, you think I am finished for 2-years out of government, I am still kicking.”

According to the former deputy governor, his interest was so minute, adding that nothing can be compared to the interest of Kaduna State.

“I meet with the governor frequently and he makes sure that I am kicking,” Bantex reiterated.

Meanwhile, Governor of Rivers State, Nyesom Ezenwo Wike, has asked national Assembly members not to use the amendment of the Electoral Act to suit their political and personal ambition.

The governor made this assertion during an interview on Channels Television’s Sunday Politics in Port Harcourt, Naija News reports.