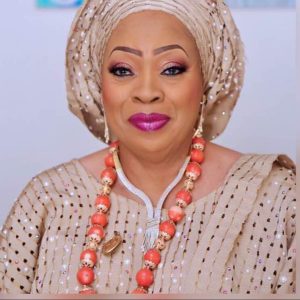 It was gathered that she was hale and hearty but suddenly developed a mild ailment with cold and malaria like symptoms, this weekend.

The ailment soon became severe and she was rushed to St. Nicholas Hospital, Lagos where she was confirmed: “brought in dead.”

Rosemary is now the second wife of the businessman to die within 3 years.

In 2017, the wealthy lotto magnate lost one of his wives, Olaide Abimbola Adebutu.

Media mogul, Chief Dele Momodu, confirmed the death of Rosemary in a post on his Twitter page.