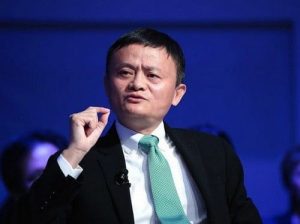 The founder of Alibaba, Jack Ma, who was last seen on October 24, 2020, when he called for economic reform in Shanghai has reappeared.

Ma was spotted in a video message shared by Chinese state media on Wednesday for the first time since October.

The 56-year-old in the video was spotted speaking with 100 teachers in rural areas, the conference is organised annually by Jack Ma who is a former English teacher to recognise the achievements of rural teachers.

The rumours about his fate were put to rest with his reappearance months after his online insurance business came under the scrutiny of Chinese anti-trust regulator.

Ma also announced plans to engage in philanthropic endeavours, more than he had before.

“In these days, I have been learning and reflecting together with my colleagues. We are now even more determined to dedicate ourselves to education and charity,” Ma was quoted as saying in his address at an annual event held by his foundation.

See the video below:

#JUSTIN: #JackMa not disappear, here we go: Ma just had a video conference with 100 village teachers on Wednesday morning, saying: after #COVID19, we’ll meet each other again https://t.co/cBm1ryZJQr