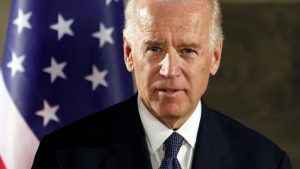 The 46th President of the United States of America, Joe Biden has signed 17 executive orders shortly after he was inaugurated on Wednesday.

Naija News understands of the 17 orders signed, nine of them were a reversal of the policies signed by immediate past president, Donald Trump while the remaining eight are new policies introduced by the new administration of Biden.

Below is the full list of the 17 executive orders signed by President Joe Biden on Wednesday.

1. Executive order on mask/coronavirus which makes it compulsory to use facemasks and maintain physical distancing.

2. Executive order on WHO – which returns the United States to the World Health Organization (WHO).

3. Executive order on COVID-19 response This creates the office of COVID-19 Response Coordinator who will report directly to President Biden.

9. Executive order on gender equity This prevents workplace discrimination on the basis of sexual orientation or gender identity.

10. Executive order on census This requires non-citizens to be included in the Census and apportionment of congressional representatives which is another reversal of a Trump policy.

11. Executive order on immigration which reverses Trump order on undocumented people brought into the country as children officially known as the Deferred Action for Childhood Arrivals (DACA).

13. Executive order on immigration enforcement which is a reversal of the Trump ban on entry visa ban for some countries.

14. Executive order on border wall which halts the construction of the border wall and terminating the national emergency declaration fund deployed for its construction.

15. Executive order on deportation. This order extends deferrals of deportation and work authorizations for Liberians with a safe haven in the United States until June 30, 2022.

16. Executive order on ethics. This requires executive branch appointees to sign an ethics pledge barring them from acting in personal interest and requiring them to uphold the independence of the Department of Justice.

17. Executive order on regulation – This directs the Office of Management and Budget (OMB) director to develop recommendations to modernize regulatory review and reverses another Trump policy.